The Benefits of Solar Energy 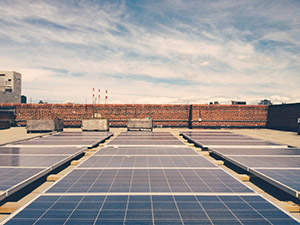 Solar energy offers clean power. It doesn’t present the risk of a nuclear spill, but it is in fact a release of radiation, only some of which is visible light. It can be scaled to any size or complexity, from warming a room through a window to powering a utility grid.

The Union of Concerned Scientists lists numerous benefits, beginning with solar energy being inexhaustible and free. The attractiveness of solar power production varies with the economics of investing in equipment, and cost competition from fossil fuels. Scientific American estimates the cost of solar power falling below the current average power cost by 2018 or 2020.

Solar radiant heat is easily captured by simple glass greenhouses, and through residential windows. “Concentrated” solar energy uses huge arrays of mirrors to focus sunlight on a central tower, which heats water to generate steam that can be used to generate electricity.

Photovoltaic (PV) cells convert sunlight directly to electricity through the photoelectric effect. NASA describes how the silicon semiconductors in the cells capture energy from sunlight’s photons, which dislodge electrons in the semiconductor, creating a current. Groups of cells form modules, and modules combine into larger arrays. These can be configured to produce any combination of voltage and current.