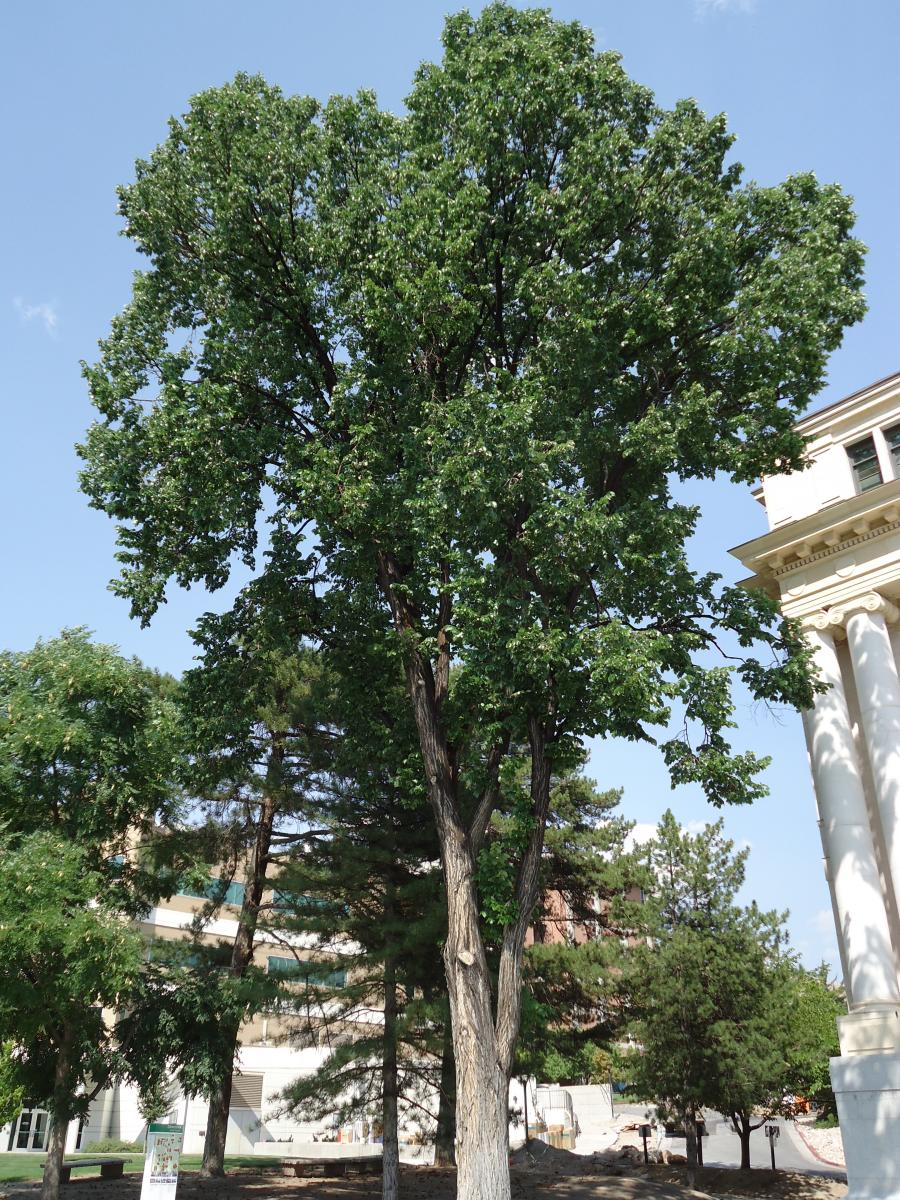 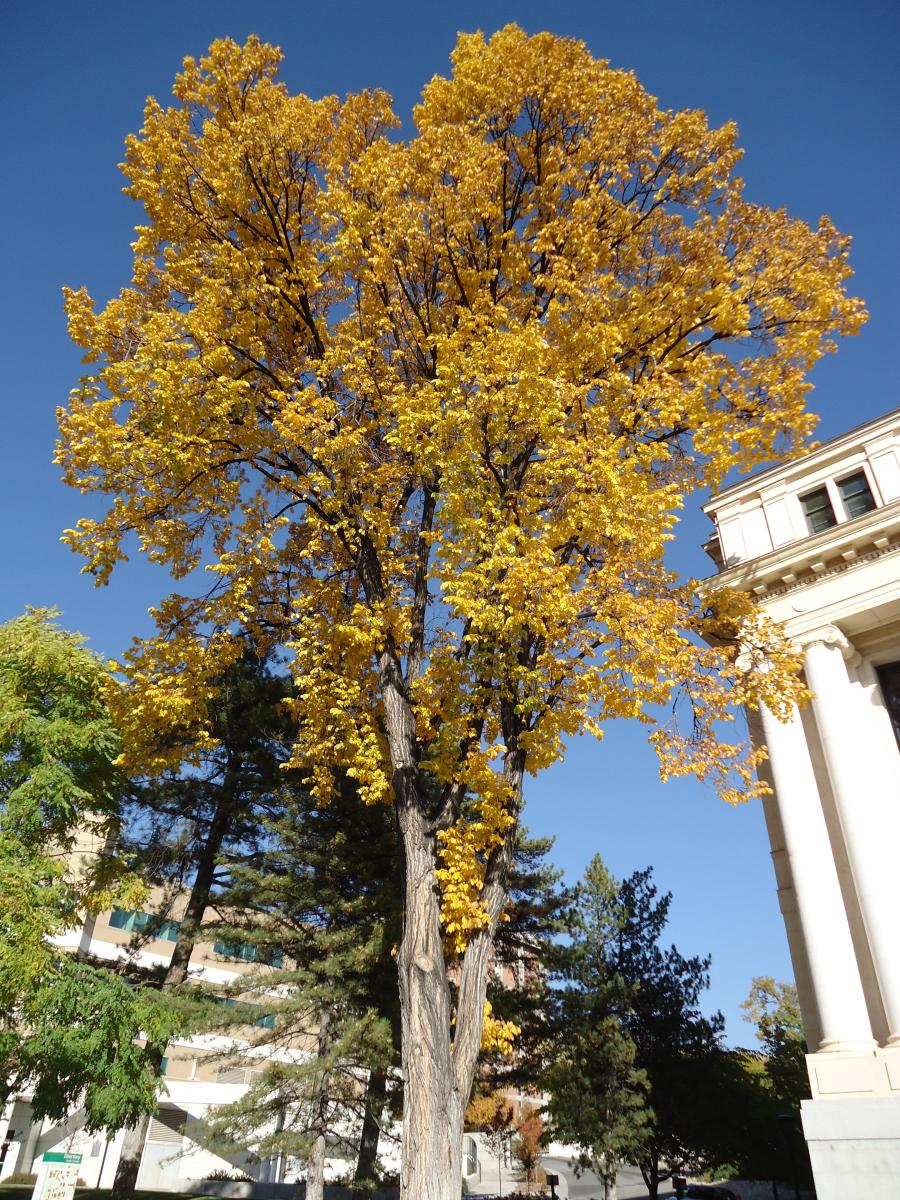 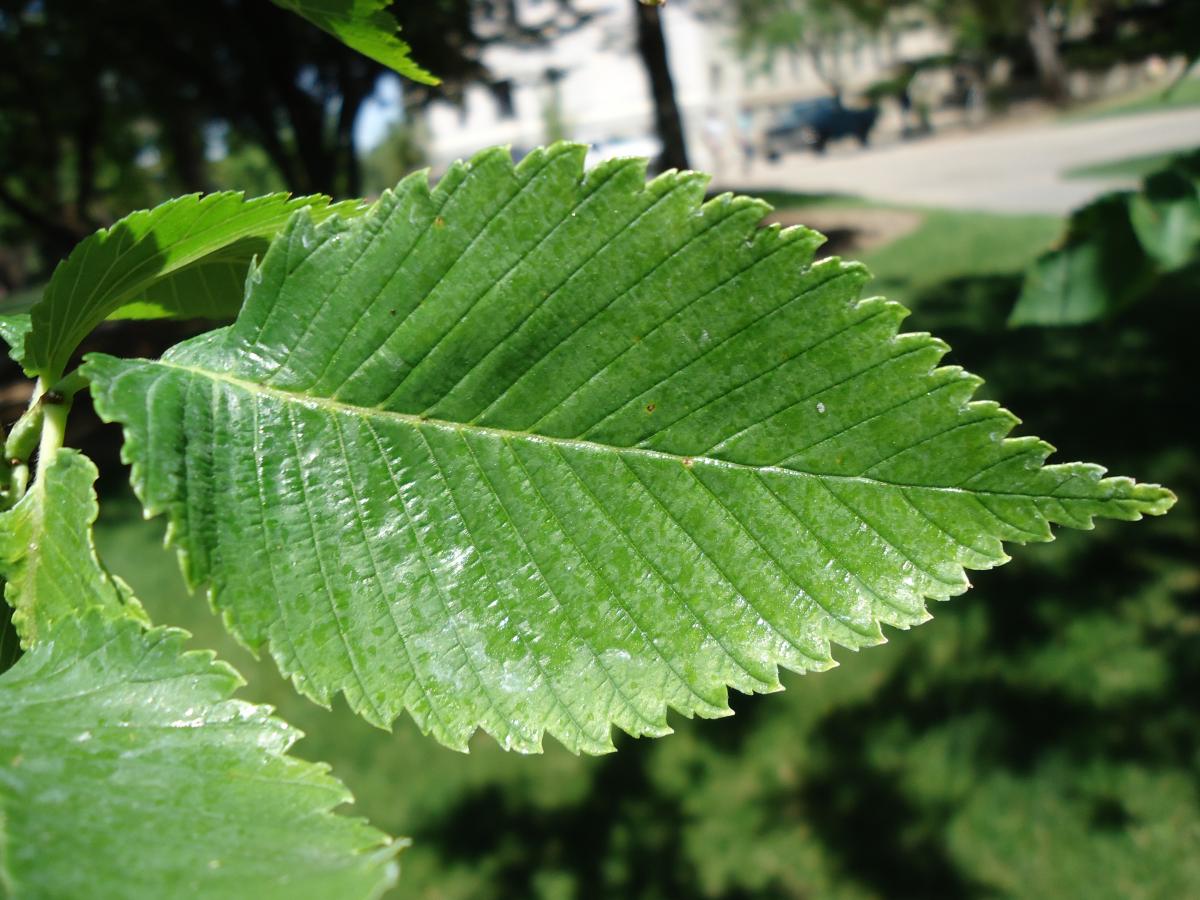 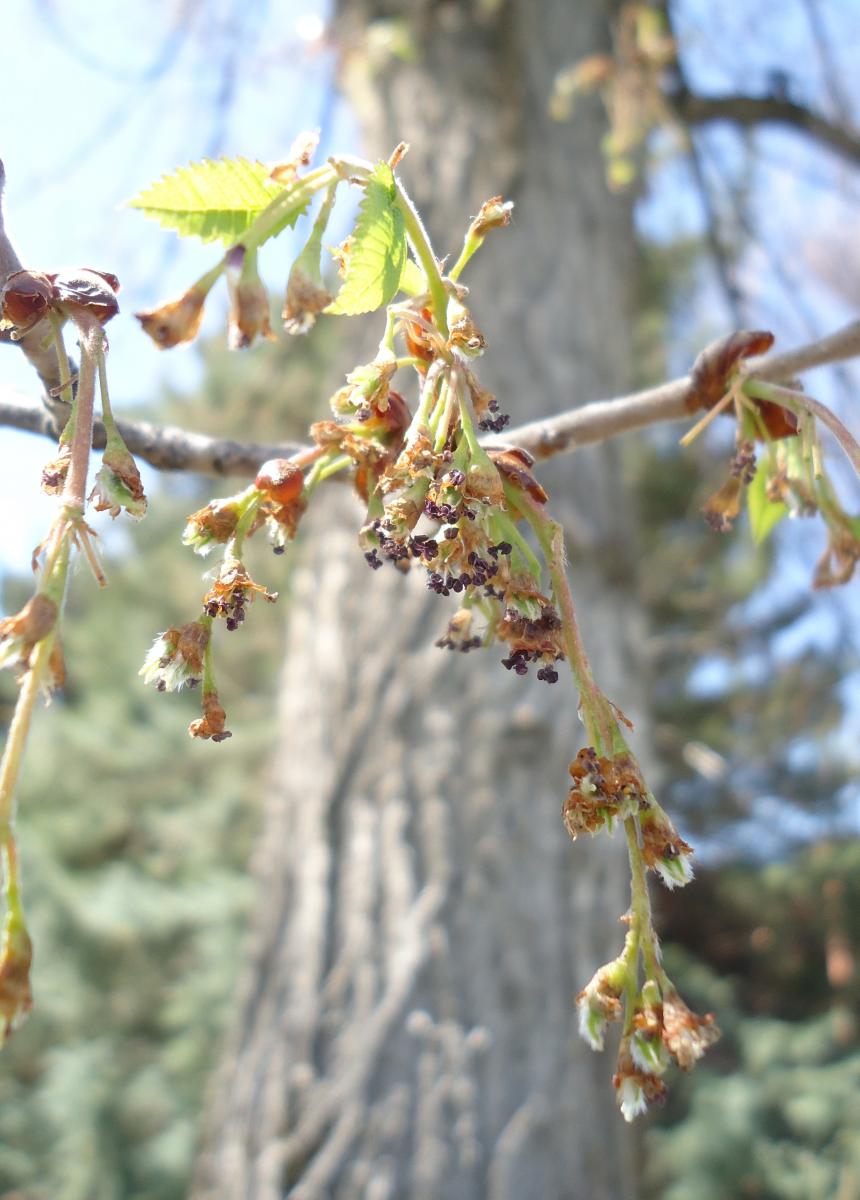 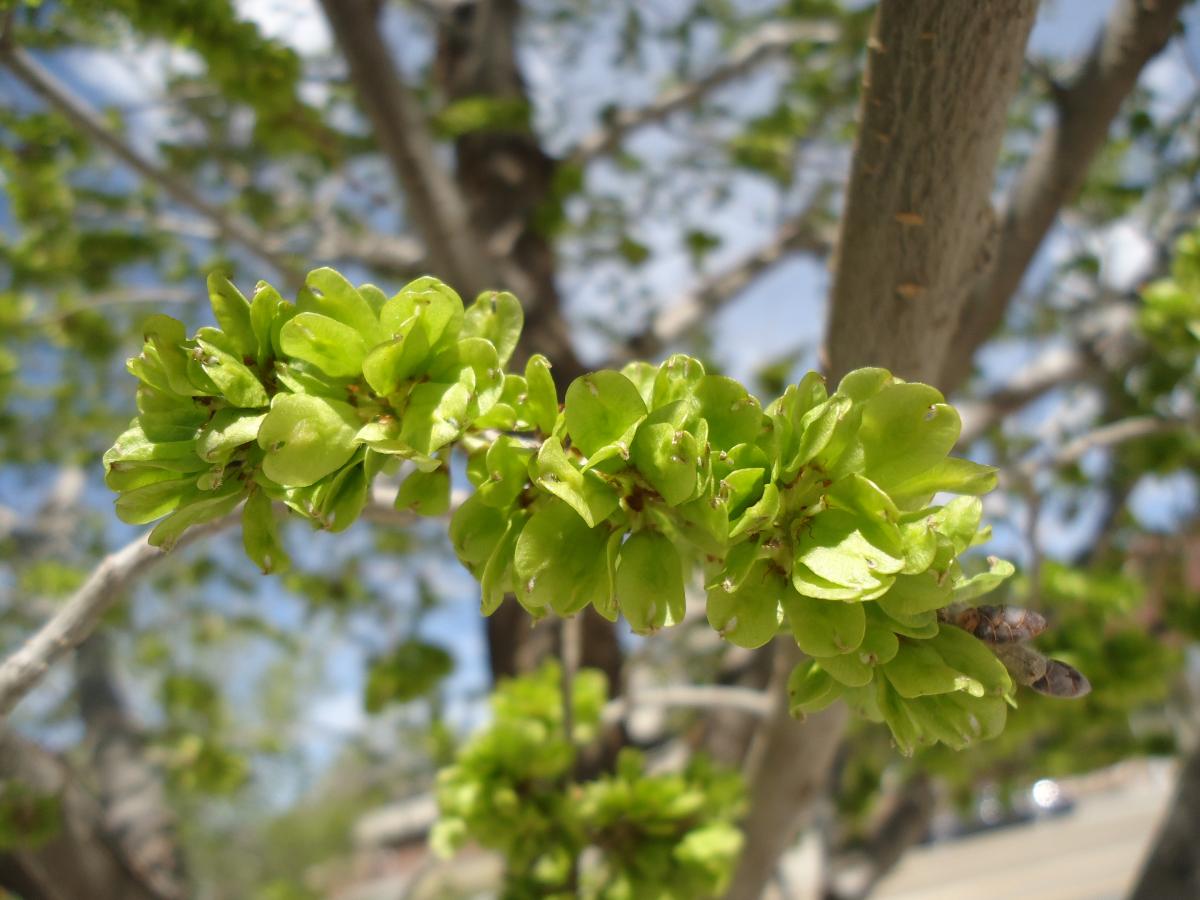 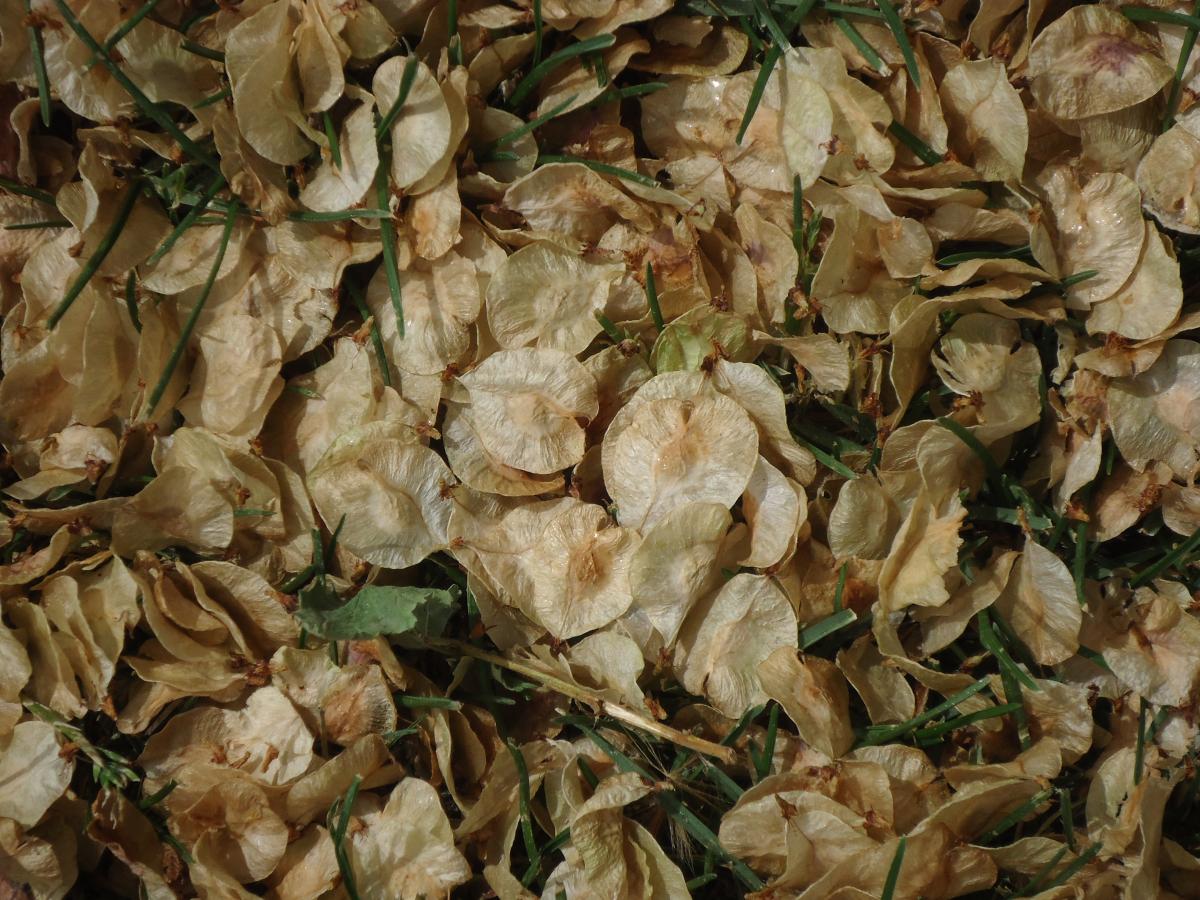 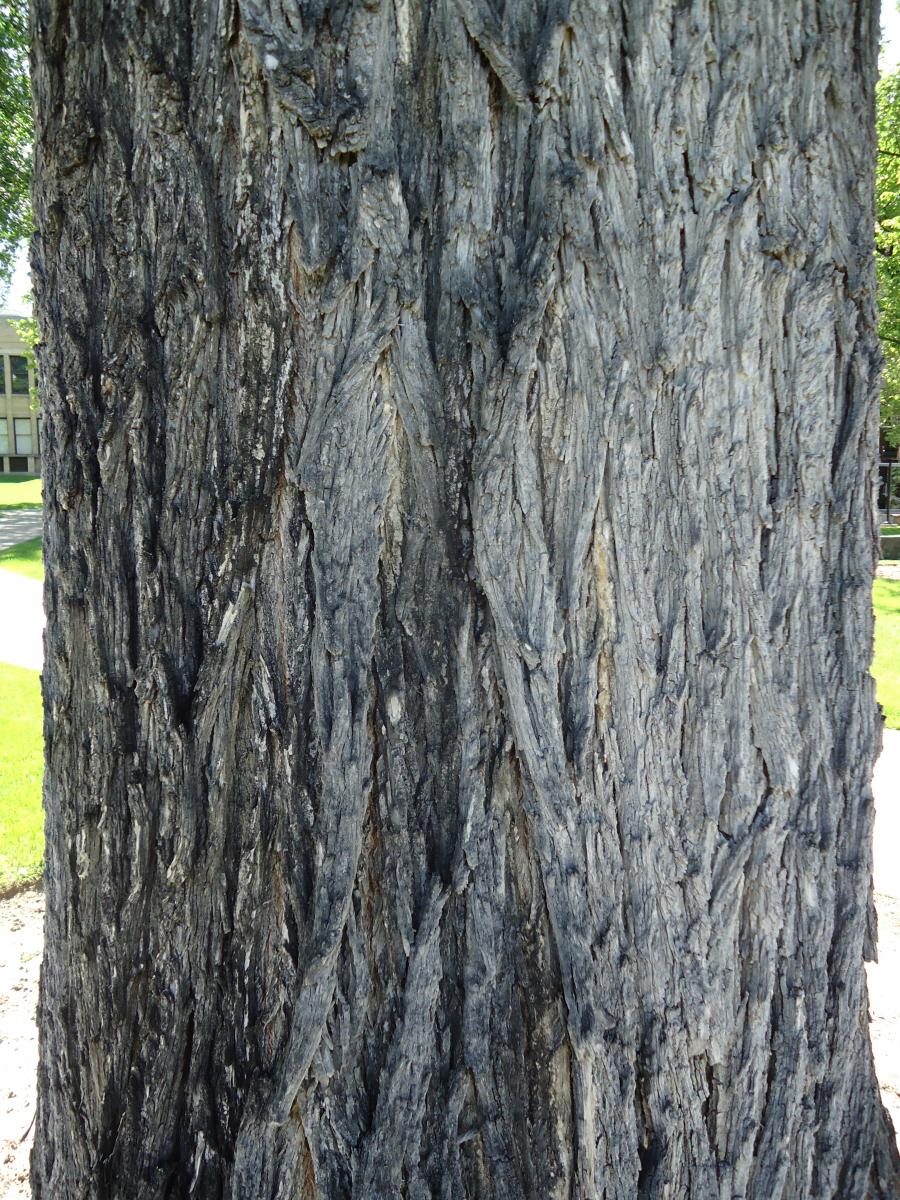 Leaves: Deciduous. Leaves are 3 to 6 inches long, 1 to 3 inches wide, with the leaf sides uneven across the leaf stem (petiole) at the base. Leaves are thick and rough to the touch and the leaf edges are doubly serrate (serrations on serrations). Dark, deep green in color with a lighter underside. Yellow fall color.

Bark/Twigs: Dark ash gray colored bark. Often identifiable by its dark bark with deep diamond-shaped furrows and flat-toped long ridges. The broken bark has alternating light and dark layers and there is often black on bark from mildew from scale.

Flowers/Fruit: Greenish red flowers bloom in early spring (March) and are not particularly showy. Seeds (samaras) are flat, and have a thin wing around the seed, that is notched at tip. Seeds ripen in the spring.

Mature size and shape: Large. 60 to 80 feet high with a width ½ to ⅔ the height. Usually a graceful, vase-like shape with dense shade. Can be rounded and spreading, umbrella shaped, or more upright.

Landscape use and maintenance: Good shade tree with arching branches. Needs lots of space. American Elms are no longer commonly planted because of their susceptibility to Dutch Elm Disease which decimated the majority of the American elm trees. Of the estimated 77 million elms in North America in 1930, over 75% had been lost by 1989. New varieties are more resistant to the disease. Medium to fast growing rate. Average maintenance. Easily transplanted. Prune in fall.

Family/Origin: Ulmaceae – Elm. Native to most of the eastern half of the U.S.

Campus Use: Common. Large specimens can be found around the Park Building (Bld 1) and along east side of the William Stuart Building (Bld 6).

Back to Tree ListInteractive Tree Tour