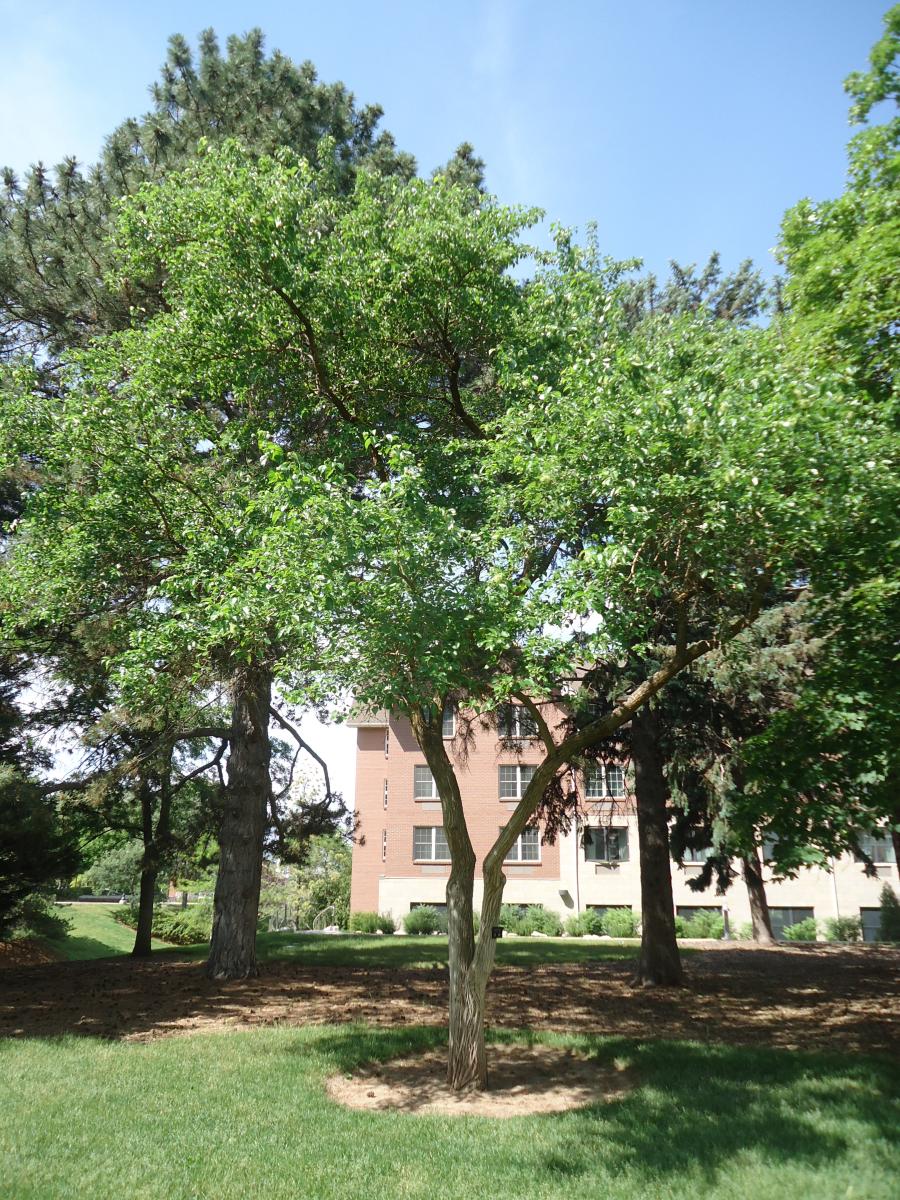 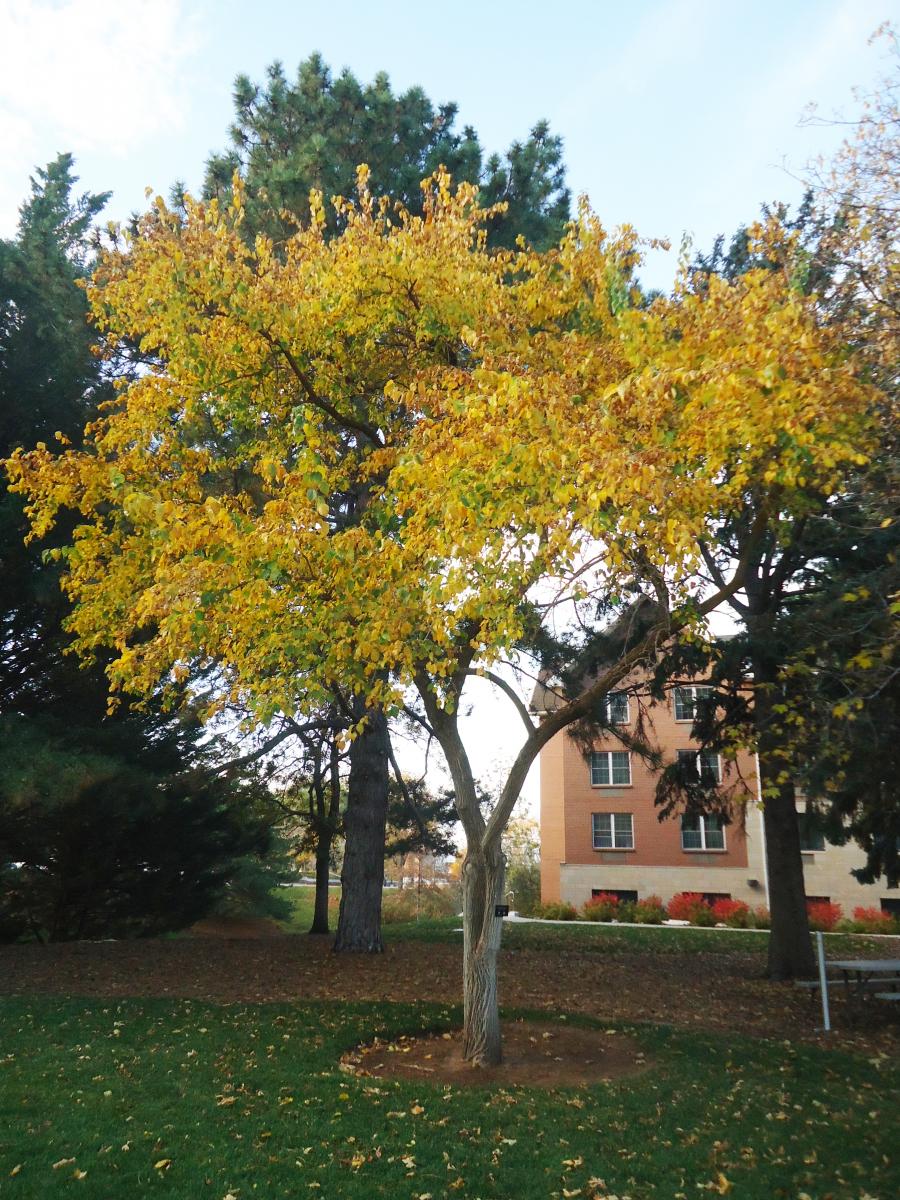 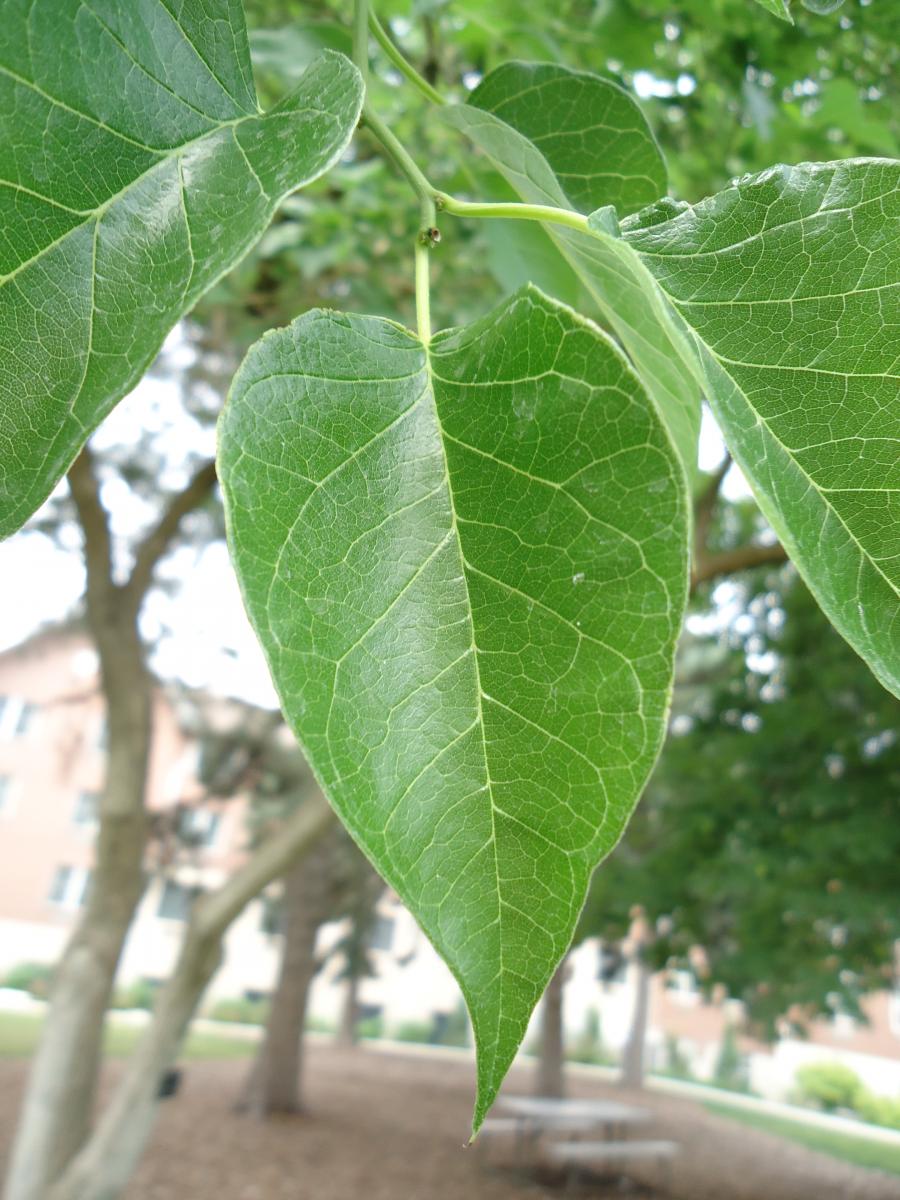 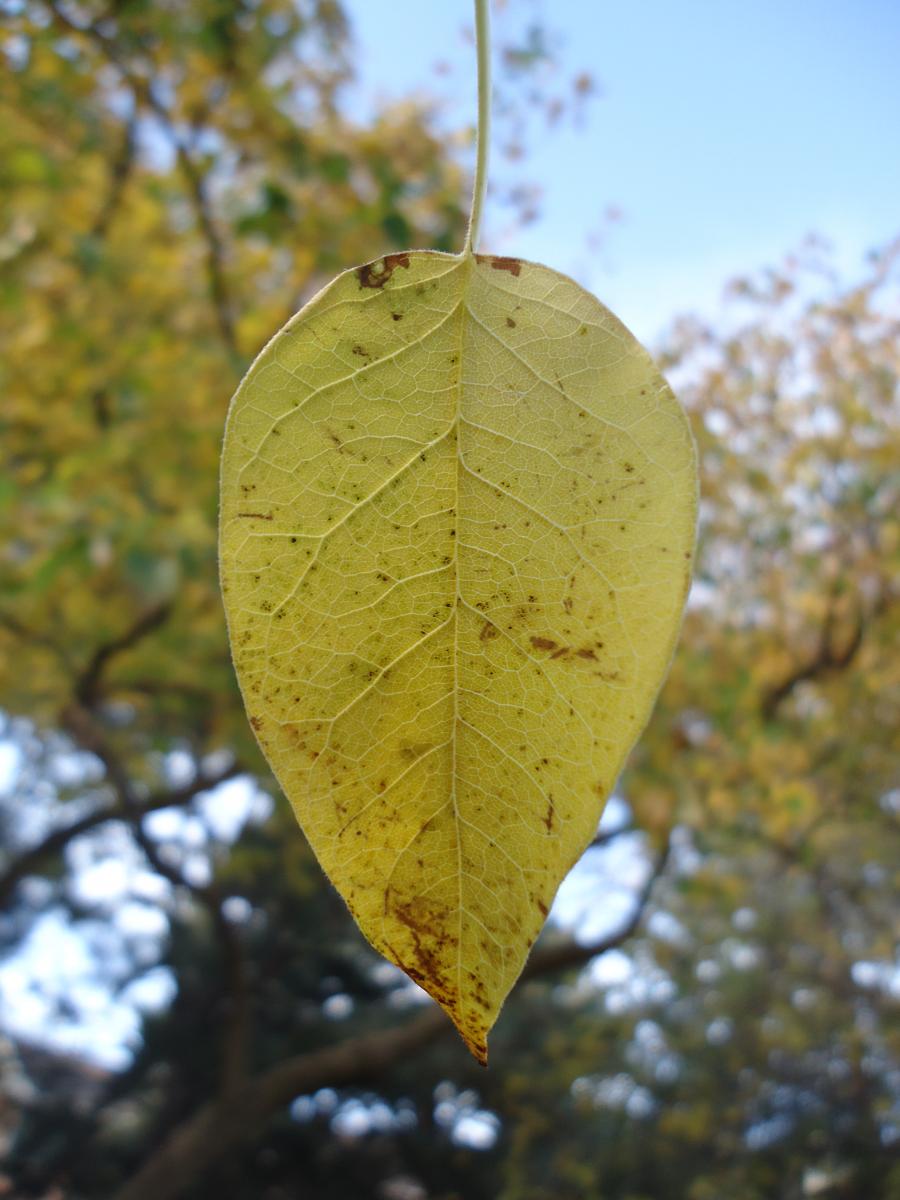 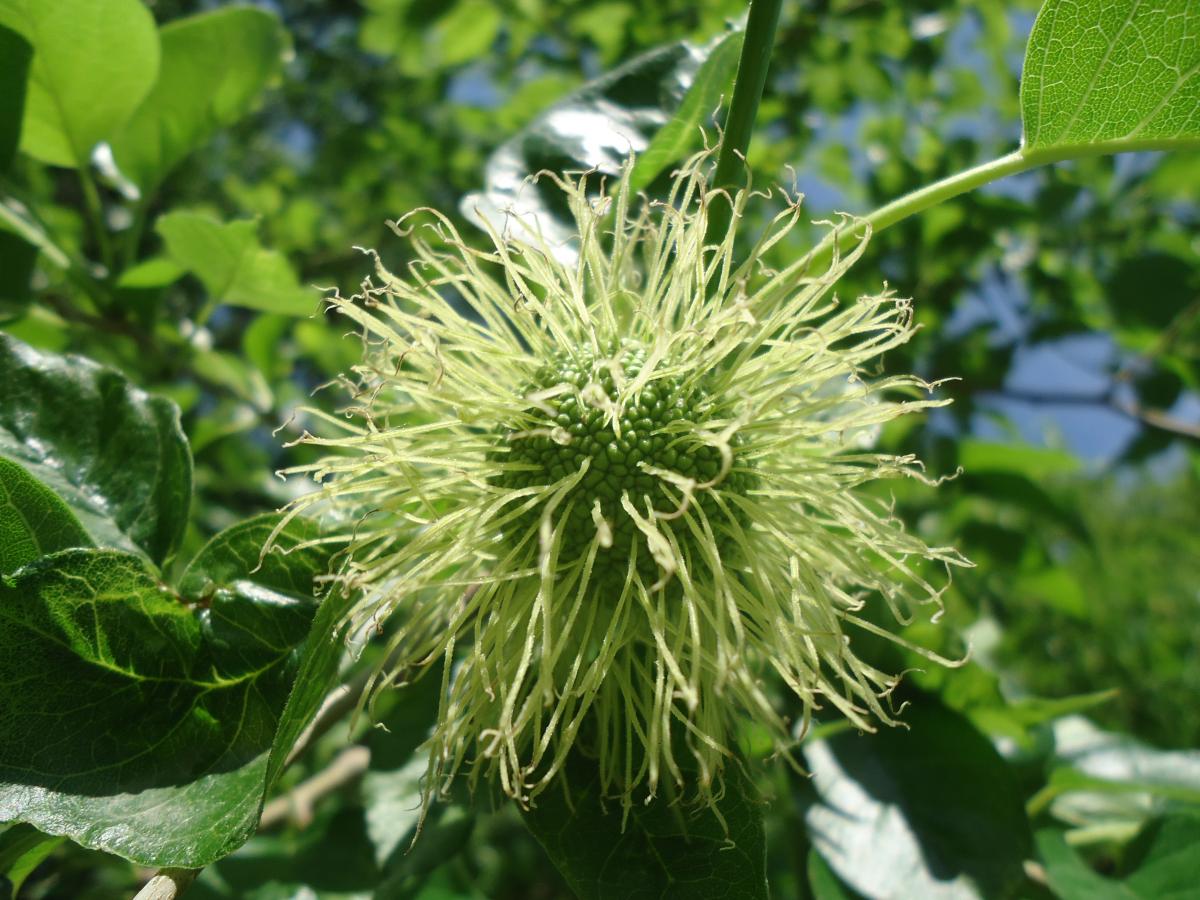 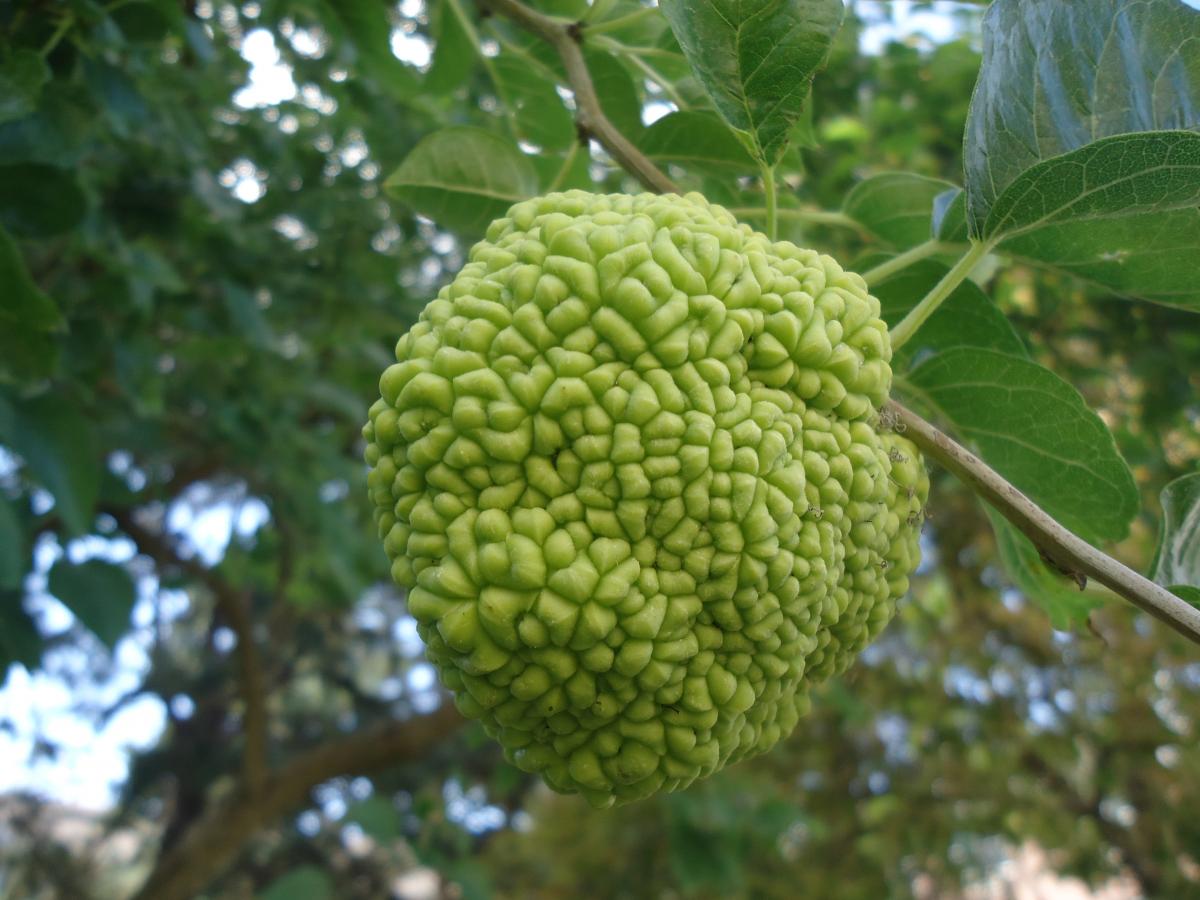 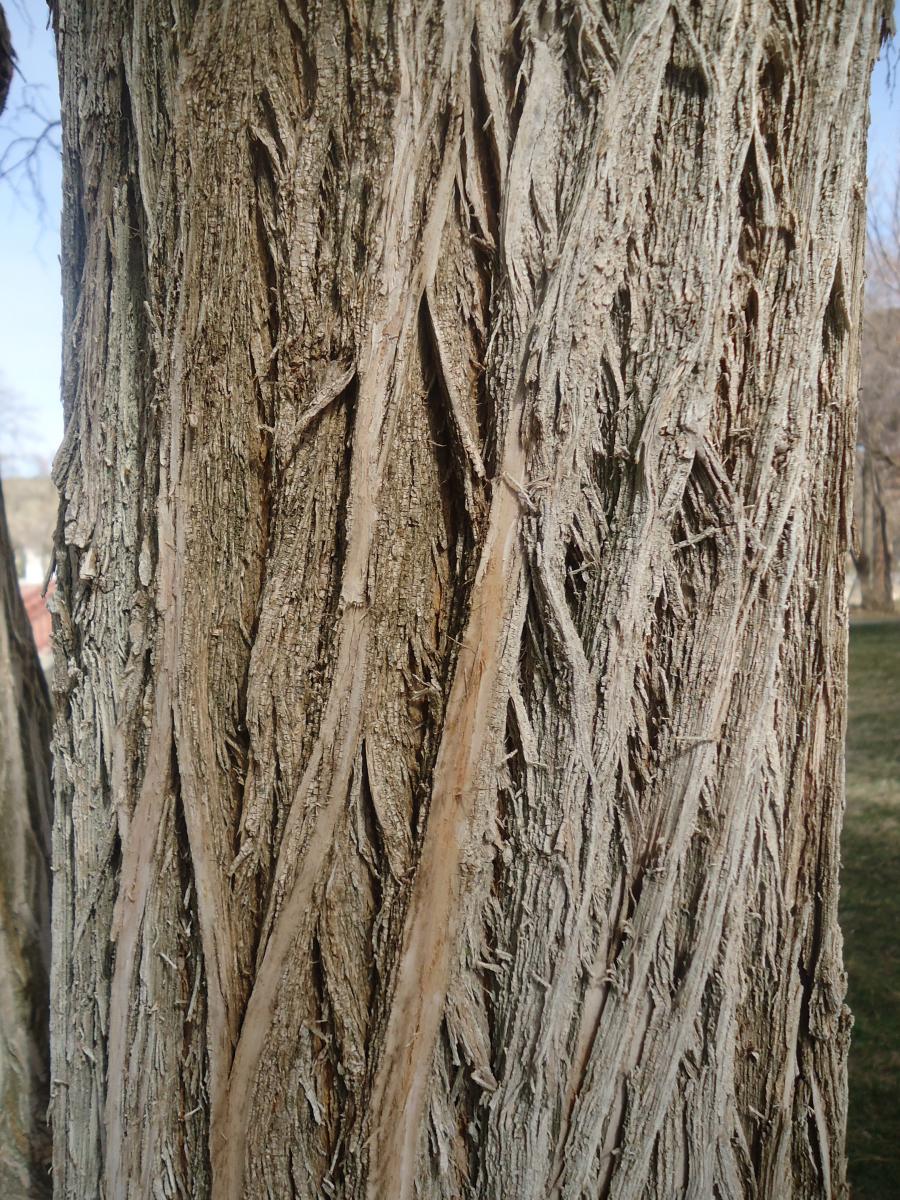 Leaves: Deciduous. Leaves are dark green and 3 to 5 inches long, 2 to 3 inches wide. They are oval shaped with a pointed end with smooth edges and produce a milk sap. Yellow fall color.

Bark/Twigs: Dark orange-brown bark with furrowed, flat ridges and has a fibrous appearance. Has short stubby thorns where the leaf attaches to the twig.

Flowers/Fruit: Dioecious. Has male and female trees. Flowers are inconspicuous and small with no petals. Fruit is a large 4 to 5 inches, dense, bumpy sphere that looks like a lime-green colored "brain." Matures to an orange brown color and contains a bitter, sticky, milky sap. Also called a hedge-apple and is inedible.

General information/special features: It was originally planted as a windbreak or hedge in the eastern Great Plains by early settlers. It has characteristic bright orange colored wood used to produce a yellow dye and is extremely hard and decay resistant. It was also used to make bows by Native Americans and is commonly called bois d'arc, or bow-wood by early French settlers.

Landscape use and maintenance: Plant in full sun. Average growing rate. Average maintenance. It is a very tough tree and does well in adverse conditions. Drought tolerant. It is also remarkably free from insect pests and fungal diseases. Fruit can be a nuisance as well as thorns. Plant thornless male varieties if you do not want the fruit.

Family/Origin: Moraceae – Mulberry. Native to mid southern states in the US, from Arkansas, Oklahoma, and Texas.

Campus Use: Rare. Can be found southeast of the University Guest House (Bld 801).

Back to Tree ListInteractive Tree Tour